You are here: Home>Arts>Art and Artists>Barbara Hepworth 1903 - 1975 her early career and St John's Wood 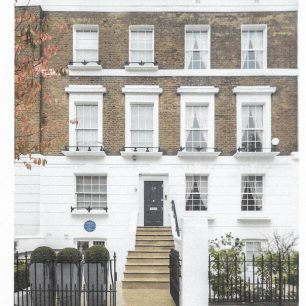 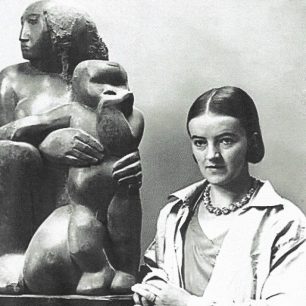 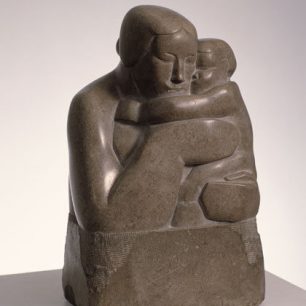 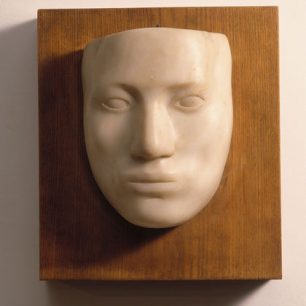 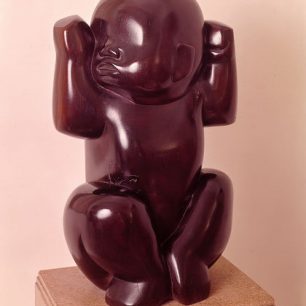 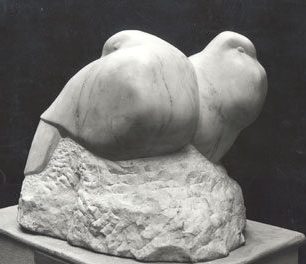 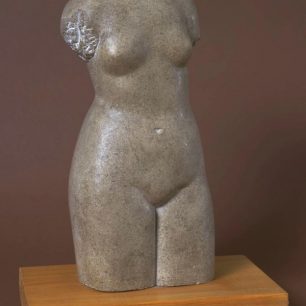 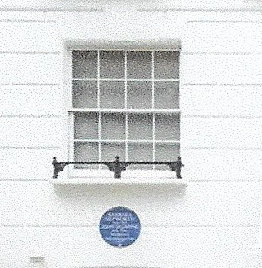 Barbara Hepworth was born on 10 January 1903 in Wakefield, Yorkshire, the eldest child of Herbert , a civil engineer, and his wife Gertrude. She went to Wakefield Girls High School from 1909 – 1920, winning a music scholarship in 1915 and an open scholarship in 1917. From 1920-21 she attended Leeds School of Art, where Henry Moore was a fellow student. She then attended the Royal College of Art in London, studying sculpture, and was awarded their  diploma in 1923,  but stayed on for another year to compete for the Prix de Rome, which was won by John Skeaping.   However Barbara was awarded a West Riding Scholarship for one year’s travel abroad and  went to study Romanesque and early Renaissance art and architecture, based in Florence.  In May 1923  she and  John Skeaping  married in the Palazzo Vecchio in Florence ,  remaining there for three months, and then lived at the British School in Rome, as Skeaping was a Rome Scholar in Sculpture. At this time Barbara learned to carve marble from the master carver Giovanni Ardini and visited Carrara.  But in 1926 the couple had to return to London owing to Skeaping’s ill health, and they lived in a basement flat at 24 St Ann’s Terrace in St John’s Wood , where they held a studio exhibition  in December in a former billiards room.  Marble heads dating from London c 1927 of Barbara  by Skeaping and of Skeaping  by Hepworth  are documented by photographs  in the Retrospective catalogue but are both believed lost. At the exhibition Hepworth’s Mother and  Child was bought, together with Seated Figure, by collector George   Eumorfopoulos who was the first visitor after a fortnight when no one attended.

The only drawback to the flat was that its entrance hall was too narrow to accommodate large blocks of stone. The studio itself was, as Skeaping, who died in 1980, recalled, “spacious”. Outside he built an aviary that ran the length of its wall “to house the birds we had brought back from Italy — a colourful collection of budgerigars, weavers, waxbills and Nyasaland lovebirds. Life was delightful — the only commodity we lacked was money.” (English Heritage)

In January 1928 the couple moved to The Mall,  Parkhill Road, in Hampstead, (where Barbara had a studio until 1939).  In August 1928 she and John had a son, Paul and in October 1929 Hepworth and Skeaping had an exhibition at Arthur Tooth’s Galleries in London.  But in 1931 she met painter Ben Nicholson and later that year separated from Skeaping; they were divorced in 1933.

In 1966 she wrote Sculpture is a three dimensional projection of primitive feeling, touch, texture, size and scale, hardness and warmth, evocation and compulsion to move, live and love.

Skeaping was a sculptor and equine painter who  studied at Goldsmith’s College and Royal Academy  and in 1924 won British Prix de Rome with its scholarship to British school at Rome.  He was a  member if the London Group, worked for a period in Mexico and was elected to the Royal Academy in 1960.

Popularly known as “Eumo”,  he formed two collections of Chinese Antiquities but was badly affected by the Depression in 1934, and  sold a large part of the first collection to the British Museum and the V&A for the token sum of £100,000; the collection was divided in proportion to the sum each museum contributed to the purchase.
A successful Greek tycoon working for the firm of Ralli Brothers,  he was the first president of the Oriental Ceramic Society (1921-1939), a member of the Burlington Fine Arts Club and the Royal Asiatic Society, a fellow of the Society of Antiquaries and a benefactor of the Egypt Exploration Society.