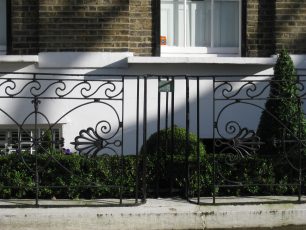 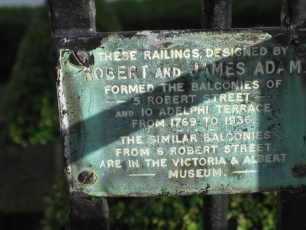 These ornate railings divide the front garden of 24 Hamilton Terrace from the street.

The small plaque in the centre reads as follows:

THESE RAILINGS, DESIGNED BY

FORMED THE BALCONIES OF

ARE IN THE VICTORIA & ALBERT

They have survived World War 2 although many of the neighbouring railings were melted down during the war.