Scene of a shocking murder 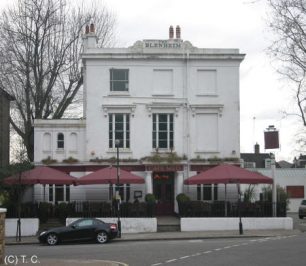 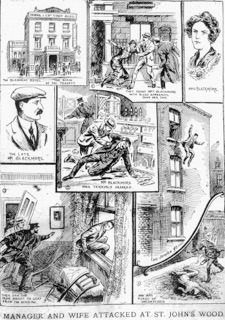 Murder at the Blenheim Hotel 1921

Today , 21 Loudoun Road in north west London is home to Cafe Med, a cheerful brasserie popular with families, but in 1921, when it was a pub called the Blenheim Hotel, it was the scene of a shocking murder.

Thomas Thom stormed into the bar wielding a large metal door-bolt and smashed it down on to landlord Harry Blackmore’s head, killing him instantly. Thom was caught and sent to Broadmoor.

(from a book by Jan Bondeson called Murder Houses of London.)