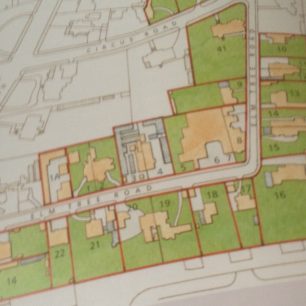 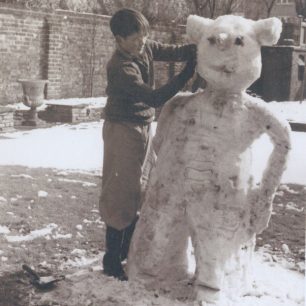 The viewing platform before the stand blocked the view. Note the chimney in distance.
David Dunbar 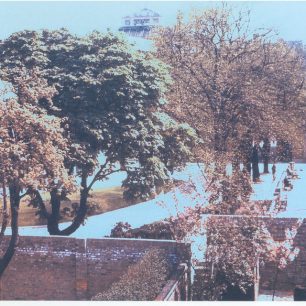 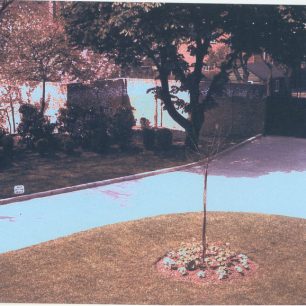 The Lords side of the wall of no 6. No 8's wall has already been taken back some yards.
David Dunbar 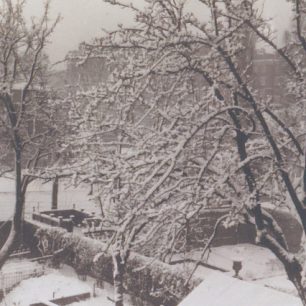 No 22 (later no 6) was one of the houses bought by the MCC when the Eyre estate sold many of the Elm Tree Road houses in 1858. The house was on the southern side of the street, backing onto Lord’s, and at the end of the back garden were some steps which led up to a platform from where one could see into Lord’s, with a view of the pitch at an angle over the Mound. Its postion can be seen in the 1907 map in Mireille Galinou’s book Cottages and Villas.

Even though the house  was damaged in the Second World war and replaced by a new one in the early 1950s, this platform remained, although a few years later the building of the Warner stand cut off the view of the pitch and the size of the Mound was much reduced.